Come and enjoy an immersive film experience, with a night of specially curated short & art house films by our friends at Bute Street Festival. Accompanied by a selection of tailor made cocktails and mocktails to compliment the evening, crafted by 5* master mixologist João. Experience cinema differently whilst socialising amongst cinema goers in a chic converted hat factory.

The film follows the journey of Kitty, the imaginary friend to whom Anne Frank dedicated her diary. A fiery teenager, Kitty wakes up in the near future in Anne Frank's house in Amsterdam and embarks on a journey to find Anne, who she believes is still alive, in today's Europe. While the young girl is shocked by the modern world, she also comes across Anne's legacy.

Berlin 1936. Hitler will soon host the Olympics, and the streets are being “cleansed” of Jews and Roma “Gypsies”. Inside a dying Weimar Kabarett club, seven-year-old Roma Helene (Sasha Watson-Lobo) hides in a wardrobe, concealed by tap-dancer Katharina (CJ Johnson) who plans to escape the poison of Nazism and take Helene to America - where everyone is welcome, no matter the colour of their skin. But Helene won’t rest. Sneaking about unseen, the little mouse sees everything, but greater jeopardy. Only the child’s ingenuity and talent will save her now... 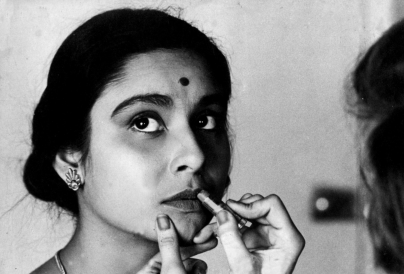