The Culture Trust Luton host a much-anticipated exhibition of paper and ink drawings spanning four decades. Displayed are 54 original works by the celebrated British comic book artist, including a selection of drawings from his school days.

We caught up with Steve Dillon’s family, and daughter in law Tanya told us more about the legend ahead of the exhibition.

Find out more about the upcoming exhibit here, and book one of the remaining limited tickets.

Steve spent most of his childhood in Luton, so it’s an honour to host this exhibition. What did Steve talk about regarding his connection to Luton and did this ever inspire his work?

It’s hard to know how Luton itself as a town has inspired his work because he worked a lot for Marvel and DC and the majority of these comics were already set in New York and other big US cities. His earlier work, was often heavily sci-fi inspired and would depict a dystopian future what typically reflects a working class society's battle with authority (Judge Dredd for example). Although he did not create these stories, his experience of growing up in Luton, as a working class person, allowed him to connect with the themes of power versus the people, as is common in these dystopian stories. This would allow him to engage with the stories in a very natural way where he could express himself through the artwork as opposed to simply attempt to translate the written story he was provided, which would likely be the case if he grew up elsewhere.

Steve would have agreed with Luton being described as a humble town, proud of its industrial roots. Most who knew him would believe the same of Steve, extremely humble and proud to be from Luton. Steve would rarely talk about himself and not many people actually knew how successful he was in the comic world. Many people who had known him for years only found out what he did for a living after he passed. To most of us he was just Steve/New Bloke/Dad/Grandad and that's how he liked it. The less fuss the better! So I guess Luton's impact on Steve was more about affecting his relationship with comics as a means of storytelling and a medium itself. Just like Luton and Steve, comics are also humble. They are accessible because they only cost a couple of quid, unlike other mediums such as films for example, which cost a good bit more.

It should also be noted that Steve was a Luton Town Football fan, so sometimes he would hide subtle references to the club in his work, for example, on one of his “Punisher” pages, he had written “LTFC” in the graffiti on the walls - he was very proud to be from Luton.

Steve has left a legacy in Luton:

As a late teenager he moved out of the area (first to London, then later to Dublin). In 1994, he moved back to Luton, where he hired an office in Dudley Street, High Town. The Brickies (Bricklayer’s Arms) became his local pub, where he was coined “New Bloke” and the name stuck!

When he passed away, Mark Rivers a good friend of his, was a local councillor at the time, managing a new housing development in the Round Green area. He dedicated two road names in Steve’s memory: Preacher Close (named after the show itself) and Cassidy Close (named after one of the main characters).

Steve was only a teenager when he first published Ultimate Science Fiction, while still in Icknield High School, and then started his professional career a year later; was his talent for drawing something which came about at a very early age?

Yes, Ultimate Science Fiction was something he created with his school friend Neil Bailey, Steve’s Mum and Dad, Muriel and Bernard, still keep in touch with him which is lovely. Neil also went on to become a prolific comic book artist and creator.

Steve’s talent for drawing came very young. We found some of his childhood artwork, which included a drawing of a fire engine from when he was five. That drawing was very advanced for someone of that age, so it was a gift that he had. He used this gift and worked very, very hard to develop his skills and make a living from it. He’d often be up in his room working, focussed for hours.

He was a massive comic book fan himself, and he’d buy comics weekly and decided that was what he wanted to do, and he worked hard until it happened. He would enter competitions and send his work off to publications too, so he was very motivated to pursue a career in comic book drawing from a young age.

Creativity runs in the family, Bernard his dad, is an exceptionally talented artist, his paintings and drawings are hyper realistic and look like photographs! His brother Glyn is a very successful artist too. Glyn has just finished a show in London and has created an award-winning graphic novel The Nao of Brown. Glyn has also worked on Star Wars films and most recently was involved in the costume designs for the new Batman film.

Mark, Steve’s son has got a master’s degree in Fine Art from Slade School of Fine Art, University College London; the school is recognised as one of the best in the world. Steve’s niece Emily and granddaughter Chloe are also very good at art and drawing – it’s in the family, in the genes!

Where did Steve find inspiration for his drawing style?

Younger brother Glyn remembers Steve being a big fan of Neal Adams, who was known for his work on Batman in the 1970s. Steve was also inspired by Joe Kubert, who is known for his comic book characters Sgt. Rock and Hawkman. There may have been a few other influencers, but those are the main two.

What would you say was one of his most poignant professional achievements?

Steve liked to tick off big name characters and was really delighted to have drawn characters like Spiderman, Deadpool, Wolverine etc, in the Punish​er series – they are the big names everyone knows, and he got great satisfaction from drawing these characters.

Preacher was often described as Steve's “baby” which he co-created with Garth Ennis back in 1994. The characters and storyline went beyond comic book illustrations and became a popular TV series in 2016.

Steve was a huge Dr Who fan and he was very proud to have been able to create his own character within the comic called Abslom Daak: Dalek Killer, he has even made a TV appearance in the modern day TV shows.

Steve also wanted to support new talent, and give back to the community he worked so hard to establish himself in. With Brett Ewins, he was co-creator and editor for Deadline Magazine, a platform for up-and-coming artists, designed for adult audiences; it was somewhere new artists could go with their creations, get recognition, and get published, which is so important to start a serious career in the industry. The cultural influence of this was far reaching; Jamie Hewlett who drew the now iconic Tank Girl went on to create the artwork for the music band Gorillaz, taking the artwork style beyond the printed format and into the music industry.

We’ve already seen the impact Steve’s art has made on so many people. Moving forward how do you see his art continue to influence the comic book world?

The thing about Steve’s artwork is that it takes a lot of his fans back to a time of their own youth.  His detailed drawings, facial expressions of the characters leave a lasting impression. Steve himself was just a teenager in 1978, and people reading the comics back then would have been a very similar age to him, going through similar themes in life, so it still resonates with them today, taking them back to a time they have a nostalgia for and that’s what’s really nice about it.

One of Steve’s old friends, Jeff Chahal, opened the first comic book gallery in the UK, Panel Gallery in Northampton. He suggested putting on an exhibition of Steve’s work, which was something we hadn’t considered before, and it went really well!

We then had loads of people messaging us online asking “can you take this on tour?” It was a shame to have all his work stuck in a cupboard and we realised that people would love to see his pieces of work, some of which hadn’t been seen since 1978! There is certainly a strong appetite for his work still, and comics aren’t something that are going away. If there is sufficient interest, I think the plan would be to take it on tour, with a final exhibition in New York, so there could be something in the pipeline soon – who knows!

His legacy will always be there in the comic book world, and I hope these exhibitions will give his fans a chance to see these beautiful works again.

We also spoke to local comic book illustrator and creative artist Karl Brown, who has pioneered the regular Drink and Draw events at the Hat Factory and has published works, including illustrations for published comic book work, Complete Darkness with writer Matt Adcock.

Having the opportunity to have Steve Dillon’s work exhibited in Luton is truly something special. In 2014 I had the pleasure of meeting Steve in person through a good friend, and It was amazing to speak to him and get to know the Comic book legend. He gave me his advice and his time and through speaking to others who knew him in the town, it was clear he was a very much adored by all.

Steve gave me a quote for my 1st published work and to this day is still something I will always be grateful for, Steve’s work and career is a constant source of inspiration, and he has paved the way for aspiring Artists like me to not only realise it can be done, but it’s essential to work on your passion and enjoy it and not take things so seriously. I think in working this way Steve was able to do something very rare in comics and that’s work for almost all major publishers which is a testament to his skill and his imagination as an Artist.

The exhibition takes place Thursday 2 June till Thursday 7 July in the Basement at Hat House in Guilford Street, Luton. Find out more here. 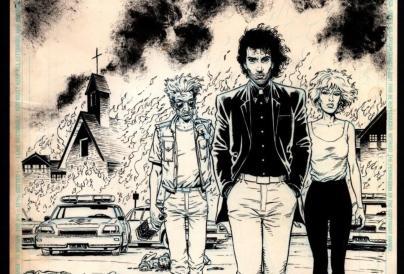 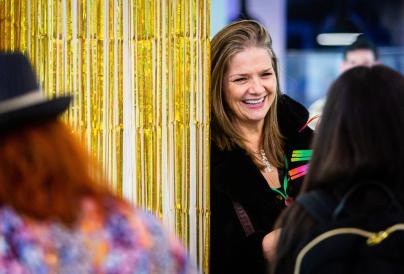